The Caribbean's Case for 1.5°C

"Since 2009, more than a hundred
Small Island Developing States, Least Developed Countries
and many others have been calling for limiting global temperature rise to 1.5°C
above pre-industrial levels to prevent the worst of climate change impacts.
The inclusion of a 1.5°C temperature limit in the 2015 Paris Agreement
was a major victory for vulnerable countries." 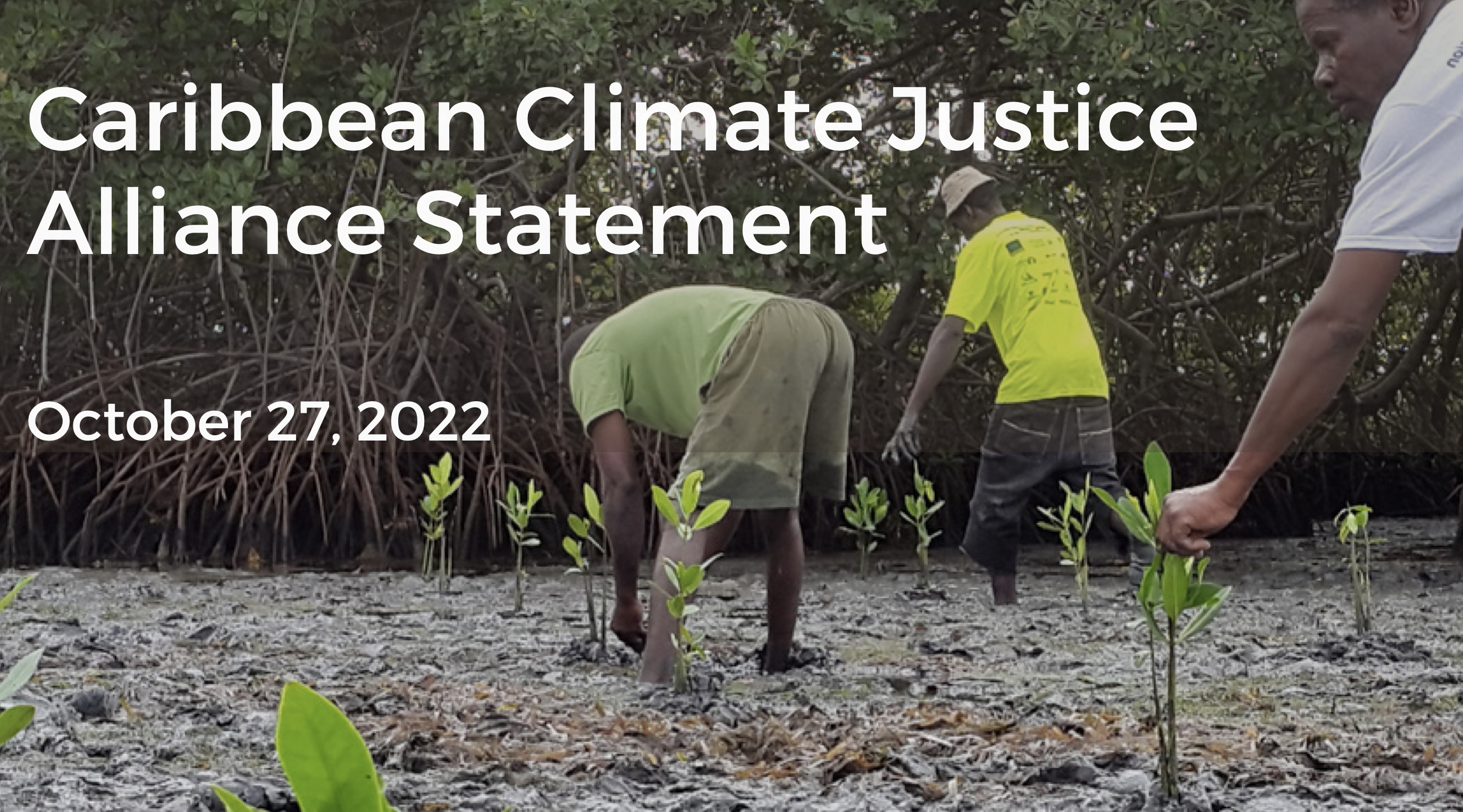 The Caribbean Climate Justice Alliance is calling for urgent and accelerated implementation to tackle the climate crisis and address the needs of Caribbean small islands developing states (SIDS) and other vulnerable countries.

As we look to the 27th Conference of the Parties (COP27) in Egypt in November, the Caribbean Climate Justice Alliance is calling for urgent and accelerated implementation to tackle the climate crisis and address the needs of Caribbean small islands developing states (SIDS) and other vulnerable countries.

The findings from the latest Intergovernmental Panel on Climate Change (IPCC) sixth assessment report[i] are clear and highlight the need for urgency and decisiveness. An increase of over 1 ̊C in global temperature above 1850-1900 levels has already been observed between 2010-2019 as greenhouse gas emissions from human activity drive widespread and unprecedented climatic changes. Further, under the five emission scenarios ranging from business-as-usual to a future with ambitious emission cuts, a dangerous increase of 2 ̊C or more above 1850-1900 levels is projected by 2100. The critical 1.5 ̊C goal of the Paris Agreement will be exceeded during the 21st century unless there are deep reductions in global greenhouse gas emissions in the coming decades.

2021 / COP26 : Bringing the fight for climate justice where it really matters for the Caribbean

Will this be a true landmark moment?

COP 26, the next Conference of the Parties of the United Nations Framework Convention on Climate Change (UNFCCC) has been billed as a landmark moment in humanity’s struggle against the impending climate disaster. The disaster is at our doorstep, and this year it has been inside the flooded homes of hundreds of people in Germany and the United Kingdom, inside the burnt houses in Australia’s Blue Mountains, deep into the Californian sequoia forests that succumbed to flames, and has swept across the villages and farms devastated by fire in many countries of southern Europe. For small islands, the disasters have become far too common, with stronger hurricanes, floods, unusually long and extreme droughts, and sea-level rise threatening shorelines. 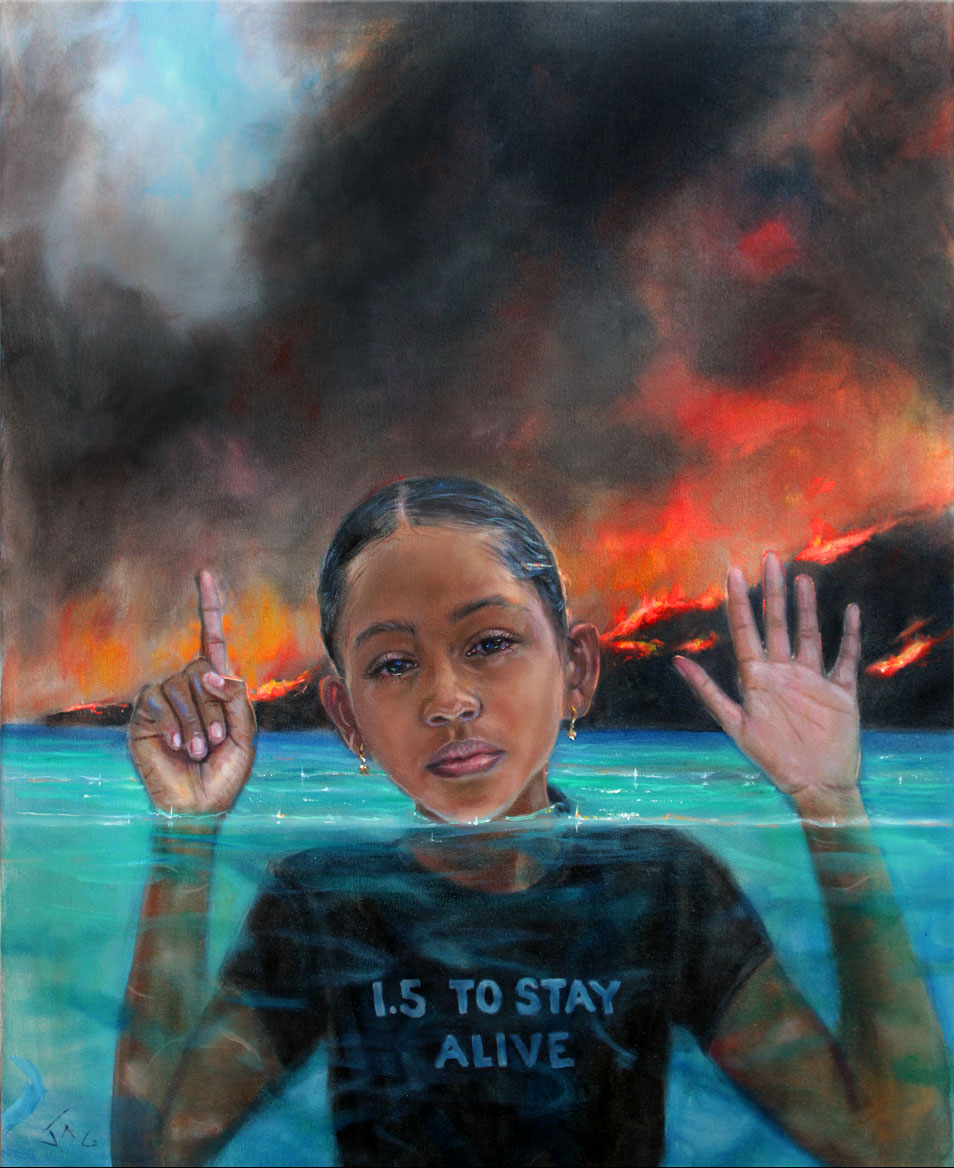 For the powerful countries in the Global North, those that have the largest carbon footprint, the climate disaster is no longer the reality of distant islands and continents or that of a distant future. It is real, and it is now. It would be a shame if the G20 and the COP26 do not reaffirm the fundamental commitments of achieving a carbon-neutral world by mid-century and ensure that temperature increase is capped at a maximum of 1.5 degrees Celsius above pre-industrial levels. As stated by Prof. Michael Taylor of the University of the West Indies, “heading to 2°C is too much for Small Island Developing States (SIDS). Even at 1.5°C, we are only guaranteed half a chance of a liveable future”.

Climate justice? Should we fight the injustice?

It is largely thanks to Mary Robinson and a few other visionaries around the world, including the Caribbean’s own Dessima Williams, that the linkages between social justice and climate change were first articulated. But nowadays it seems that almost every action, every position, every statement must come under the label of “climate justice”. This is potentially dangerous. It is potentially dangerous because we run the risk of losing the focus on social justice and of diluting the meaning of climate justice. Of course, it always sounds good to talk about justice, it sounds right and progressive; but one cannot fight for justice without fighting against injustice, and we can see many climate-related policies, programmes, projects and investments in the region that do little, if anything, for social justice.

So, where is the injustice? It is, first of all, in the fact that it is the poorest and the most vulnerable in our societies who are the most directly and severely affected by climate change. It is in the injustice of poverty and exclusion, including the exclusion of large sectors of society from decision-making. It is in the disproportionate impact of climate change, especially extreme climate events, on women and girls. It is in histories of neglect and racism that have marginalised communities and made them more vulnerable. It is also in the unequal power relations between large and rich countries and those in the Global South that suffer the most from climate change.

As we approach COP 26, and in the coming years, we should perhaps be a little more rigorous in our use and understanding of the concept of climate justice, and spend more time and more energy in understanding, denouncing and fighting climate-related injustice. We should avoid sticking the “climate justice” label on any statement, action or project, as if this were enough to give us good conscience and secure funding.